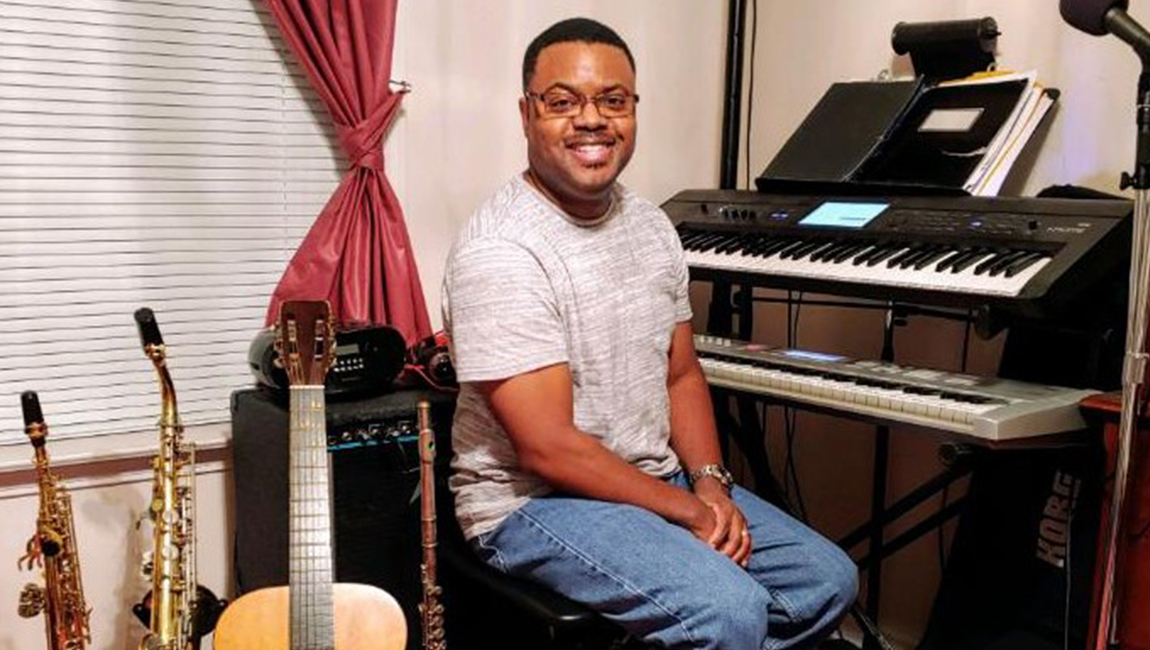 When I checked out your tracks on your TAXI Profile, I noticed that I would hear several cues in a row that had some, if not several of the same sounds in them. I smiled because it showed me that you understand that value of using templates to make your workflow go faster.
Good observation! If I have to write several cues of the same style, I’ll create a temporary template. This is especially if I have a tight deadline. When I finish one cue, I will simply do a “save as,” and delete the data. That way, I can immediately get started with the next cue without having to pull up sounds. It’s a great time saver and keeps my mind focused on creating.

How or where did you learn that “pro” trick?
Through the years, I, would hear about templates through different sources, including TAXI TV and the TAXI Forum, but didn’t really try it until a couple of years ago. It’s time efficient and effective. In short “Templates work!”

When did you first join TAXI, and what was your motivation to join?
Initially, I joined TAXI in 1996. At that time my motivation was to get my music to publishers and record companies that were looking for songs for their artists and/or looking for artists and singer songwriters to sign. After a year-long break, I rejoined TAXI with a different motivation. This time I wanted to focus on developing a career in doing music for media.

“TAXI is the reason I was able to retire from my day job, sooner than later.”

How has your TAXI membership impacted your career in doing music for media?
My TAXI membership has been life changing in my career in doing music for media. TAXI is the reason I was able to retire from my day job, sooner than later. I look at TAXI as a highly accredited university for writing music for media, for a fraction of the tuition cost. You have the President (Michael Laskow) of the university that genuinely cares about your success, knowledgeable instructors (the screeners) that provide constructive criticism to help improve your work in order to get to the next level, and a supportive community of peers to learn from (The TAXI Forum, Forwards Blog, etc...). Also, other big bonuses like TAXI TV and the Road Rally. Like with any educational institution, success depends on the student’s willingness to do the work and take advantage of opportunities and resources available to them. That’s what got me where I am today, and will help me reach my goals in the future. The opportunities found in the TAXI listings kept me motivated and focused my writing. As a result, I got better, faster, and acquired a decent size catalog that led to a steady stream of income. 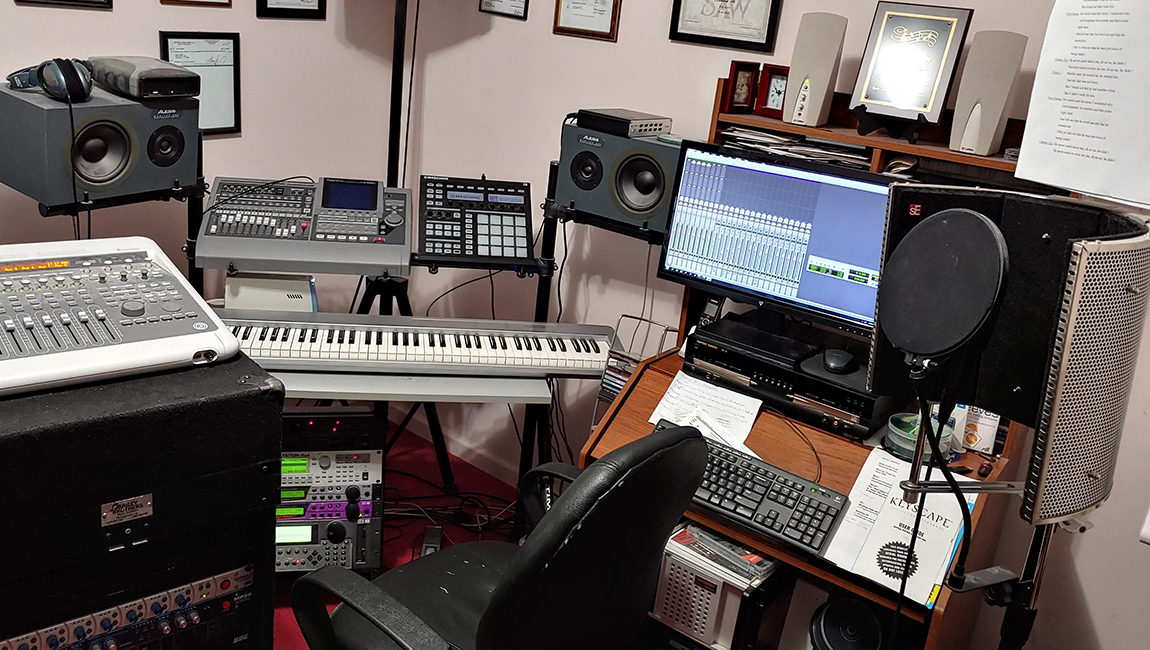 Yep, that’s the way it’s done. Congratulations! Have you taken advantage of the community of members on TAXI’s Forum, and if so, how has that affected your leaning curve?
I have yet to fully take advantage of the community of members on the TAXI Forum. That is, I don’t spend a lot of time there. The times I do spend time there, I’ve learned a great deal. Occasionally, I would be looking for specific topics/advice, and other times it might be when I’m procrastinating and just randomly looking around. This is when I’ll come across a success story or two, get inspired to stop procrastinating, and get back focused on doing the work. I want to take greater advantage of the Forum to develop relationships and possible collaborations. I’m thankful for the success I’ve had thus far, and excited to know how much more potential success I can gain by utilizing all of the resources TAXI offers.

Have you attended a Road Rally yet?
I am embarrassed to say that I’ve never attended a Road Rally due to some issues with flying. That’s why I’m excited about the Virtual Road Rally this year. I will definitely be participating this time. Through member testimonials, I know that great relationships and collaborations have come out of the Road Rally.

Do you ever collaborate?
As it’s related to the TAXI Listings, I haven’t collaborated yet. However, I recently communicated with a fellow TAXI member about working together on future listings. I’m looking forward to that, and other collaborations. Not just with instrumental composers, but especially with vocalists and rappers. I’m also interested in the technical aspect of long distance recording. I’m always fascinated to hear a recording of multiple artists on the same tune, only to find out later that they were on opposite sides of the country, or even in another country when they recorded their parts.

“I study the characteristics of the genre in order to recreate it... I believe the more you know, the more your pockets grow.”

How have you learned to do all the different genres that your work in?
Learning to write in different genres developed over time. Since I grew up in an environment that was dominated by urban music, I was familiar with that sound, so that’s where I started. Specifically, Hip Hop was the first genre I wrote in. I also got my first publishing deal with Hip Hop. The second genre I got published was a comedy cue. It was just something I tried and it worked. What I did with that comedy cue back then, is the same thing I do now when experimenting with writing a new style. I immerse myself in that genre. I listen to examples with a pencil and pad to make notes. I take notes about tempo, instrumentation, key, melody contour, etc... In other words, I study the characteristics of the genre in order to recreate it. Today, my most successful placements are suspense/tension type cues (thanks partly to the show Catfish). I believe the more you know, the more your pockets grow. I never wanted to be a one trick pony. When I study my quarterly BMI statements, I’m pleased to see a representation of four to five different genres. Even though I don’t have a ton of tracks in each genre, if one or two fall out of demand, I won’t be put out of business. I can build on the genres that remain in demand.

Sounds like a great strategy! Do you have a favorite genre?
My favorite genre is orchestral, or anything with orchestral elements. The reason is because I love the sound of the orchestra. It’s also my biggest challenge, and I love a challenge.

Do you have any advice for new TAXI members as to which genres they should start going after first?
When trying to decide which genre to start writing first, there are some things to consider. Assuming you want to make money with your music, think about the music that makes money. In other words, look at the TAXI listings to see what kind of music companies actually need. Then, think about what kind of music you like and what kind of music you write (they don’t have to be the same). If you can write that style of music quickly and it’s easy for you to do, that’s probably where you should start. If it’s a genre that’s in demand by music libraries, you’ve definitely found your starting point. If none of the above applies, you will have to experiment with a new style you can write quickly, that the companies are looking for. You can always branch out later.

Don’t miss Part 3, the final installment of this terrific interview in next month’s TAXI Transmitter!

Check out some of Derek’s music here.

You’ve Got No Excuse for Missing This Year’s TAXI Road Rally!
Read the article