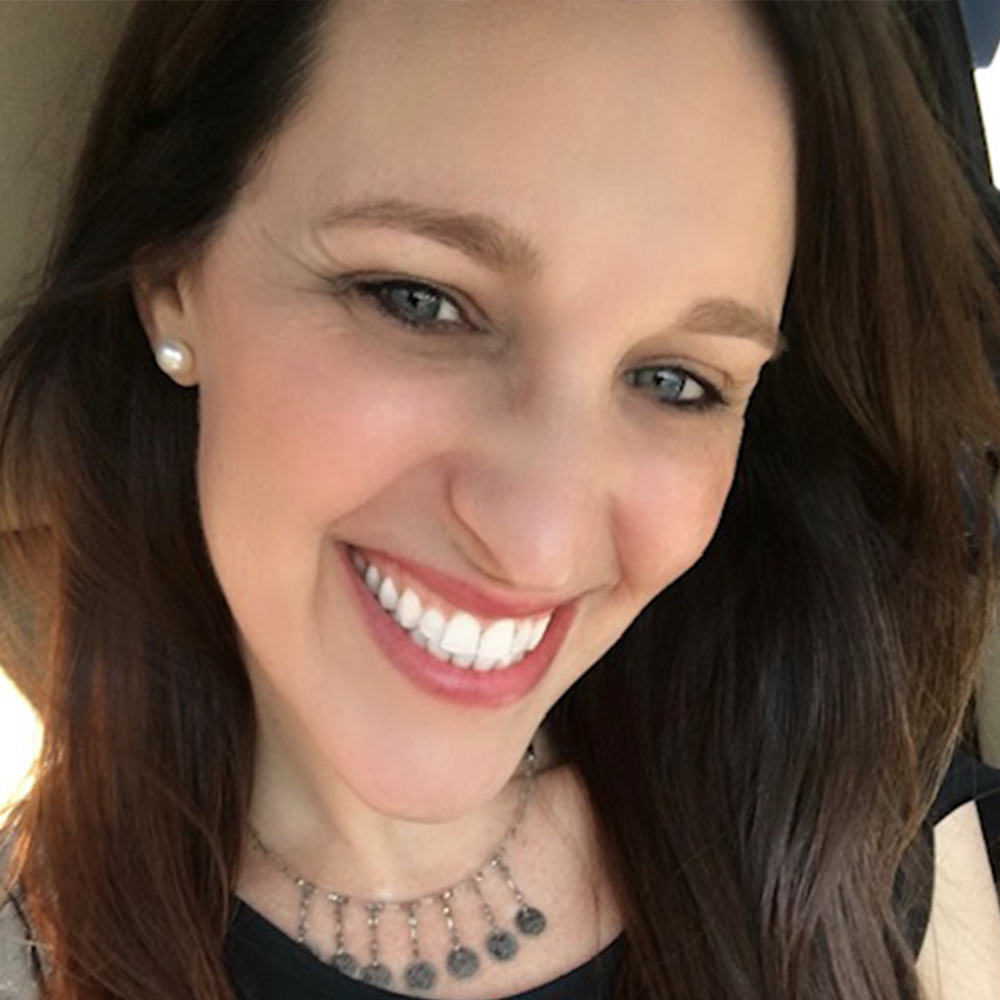 What’s your best advice to women and men who’ve felt that it was daunting to learn how to record and produce themselves?
Sometimes fear gets in the way. Try and focus on the task at hand and figure out what it is you need to do, who you can learn from, and just try it! You might want to take a class, find a mentor to help guide you, grab a few musician friends, record them, and see what you can do! I bet it will be great. Keep going!! You have to start somewhere, and it might as well be today.

Can you tell our readers about a couple of examples of how long distance collaborations came about and a little bit about the actual process?
I met all of my collaborators at The TAXI Road Rally, and we’ve been writing together on multiple projects for different libraries. All of the songs and instrumentals that we’ve collaborated on have been signed! We’ve also received TAXI Forwards and placements, which has been fun!

In terms of a work strategy for long distance collabs, we would discuss what genres we were looking to work on together and how we could help one another. From there, we would come up with a plan to start working on the song. One of us could start with the melody and lyrics and bring those ideas into the co-writing session. Depending what the song needed (i.e. piano, guitar, or vocals), we would decide who would start recording the tune and go from there! We would likely discuss different production styles that might work for the track. It all really depends on the project and where the track is going to end up.

It’s so important to set deadlines and that way both collaborators are on the same track of when things need to get completed. When you are looking for a collaborator, it’s important to find someone who you can work well with and feel comfortable sharing ideas. Your co-writers should inspire you where you can draw on each other’s strengths. You need to be able to trust each other and follow through on deadlines. Everyone wants to work with someone who is positive and has a good work ethic. Be that person!

Have you noticed any difference between the success rates (signings and placements) of collabs VS solo productions?
I’ve been consistently collaborating with other writers for just a couple years now, so I’d say up until now I’ve had more success with my solo work being signed and placed only because I’ve worked on many more solo projects, but I think that’s changing because I’m collaborating much more often now than I was back then! I love collaborating on genres that are out of my comfort zone and pieces that I might not have tried on my own. Those are the most fun!

What’s the ratio of songs VS instrumentals that you do in a given year?
I’d say the ratio right now is 70% instrumentals 30% songs in one year. That might be changing however since I recently received this great opportunity to work on a vocal album for an international publisher. I’ve also been working with a few co-writers on some new songs. More on that to come!

Which has been most productive in terms of the raw number of placements?
My instrumental music featured on various MTV reality shows has been great! Several episodes have been using the same tracks, which is always fun! But I have to say my song “60 Seconds” featured on Degrassi was an awesome placement in that the episode ran for nine years with multiple re-runs. Off the top of my head, I can’t give you an exact count but it’s a fair statement to say that they’ve both been productive.

“I met all of my collaborators at The TAXI Road Rally.”

Which has been the most productive in terms of income?
Since I’ve been composing a lot of instrumental music in various genres in the past year, I would say my instrumental music has been very productive, especially the international placements airing in Israel, the UK, Australia, Germany, and Japan. 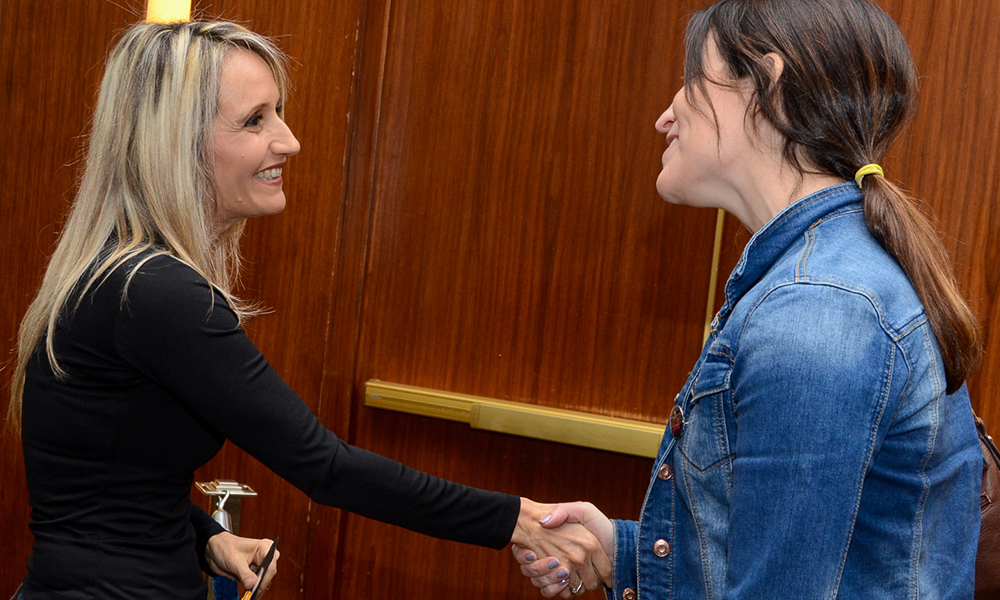 Can you please tell our readers about some of your successes that have resulted from your TAXI membership?
Meeting industry executives at the TAXI Road Rally have all resulted in getting signed to several music libraries, which have landed some fun placements on different networks. My music has been featured on various MLB World Series Games and interviews on Fox Sports, The Bachelorette, Australia, The Dr. Oz Show, International placements on DMX (Discovery Channel in Europe), the Young and the Restless, and most recently my song “There’s Always Something” was featured on AT&T’s Original Series, You Me Her. This was a very exciting placement and it was a direct result from meeting an amazing music supervisor at the TAXI Road Rally who believed in my music and found a home for my song. It’s always wonderful to work with a music supe who knows the business inside and out, and who is an absolute pleasure to work with. Every music publisher whom I met over the years through TAXI have all been top notch! It’s so important to network and meet the publishers and library owners face-to-face. TAXI provides that opportunity so go out and grab it!
Attending the Eat and Greet Luncheons at the Rally has also been invaluable. I recently met an awesome producer/co-writer (fellow TAXI member Matt Vander Boegh) who was one of the mentors at last year’s Eat and Greet. We’ve been working on some incredible songs together! We draw on each other’s strengths, and our new material has led to some exciting interest from an international publisher. Go to the Eat and Greet Luncheons, and you’re bound to meet people!
Overall, being a TAXI member keeps me on my toes and provides a unique forum to meet other writers, compose great music, share ideas with fellow members online, and support each other along the way!

“I don’t think it’s necessary to have a huge catalog before joining TAXI.”

Do you recommend building a catalog before joining TAXI, or do you think more success will come by writing in response to the requests TAXI gets from Music Supervisors, Record Labels, Publishers, and Music Libraries?
It’s important to keep writing! I don’t think it’s necessary to have a huge catalog before joining TAXI. However, I do think it’s important to write as much as you can, get feedback, and learn! Submitting your music to TAXI’s screeners is a great way to receive feedback on your songs while finding ways to strengthen your work. Once you join TAXI, It’s definitely important to write new music for specific requests because it might be difficult to take that same song you wrote five years ago and submit it for a ton of opportunities that you think could work today! You’re probably better off writing some new songs and instrumentals for specific requests. You’ll likely be more inspired, learn a great deal about production, and you’ll strengthen your skills quite quickly while building up your catalog!

“Once you join TAXI, It’s definitely important to write new music for specific requests because it might be difficult to take that same song you wrote five years ago and submit it for a ton of opportunities that you think could work today!”

I’m always happy to see you at our convention, the TAXI Road Rally (held November 7 -10 this year). I think a lot of our members think the stuff they hear about the Rally is a bunch of hype. Have you found the Rally to be as good as we say it is?
Thank you so much Michael, it’s always great to be part of the Rally each year! I’m very thankful to have met some amazing publishers at the Rally who signed my music and placed my work in various TV Shows across the world. 90% of my placements have been a direct result from meeting publishers at mentor lunches, listening panels, in the lobby, standing in line at Starbucks, and even meeting a music library owner in the elevator during the Road Rally! You just never know where the next opportunity is waiting for you. I think it’s important to be open to these opportunities and be ready for them. I am a big believer in being at the right place at the right time, but you also want to make sure you have the right product. Work hard and you will get there!

"90% of my placements have been a direct result from meeting publishers at mentor lunches, listening panels, in the lobby, standing in line at Starbucks, and even meeting a music library owner in the elevator during the Road Rally!"

It always surprises me that some TAXI members don’t get it together to come to this FREE weekend of panels, mentors, classes, and networking that’s off the charts. What would you say to encourage your fellow members to get off their collective butts and come to this year’s Rally?
Get yourself out here!! Just do it! You gotta start somewhere! Who knows, you might even get inspired and write a new song with a new co-writer that will be placed in an upcoming show three months from now!! You have to try it. You owe it to yourself to fulfill your dreams! You will be forever inspired and I can guarantee you will be back at the Rally the following year!

And finally, do you have any profound advice for other songwriters, artists, and composers who’ve been thinking about taking the leap and becoming part of TAXI’s community, but might be afraid they’re not good enough or ready for primetime yet?
Composing music in your home studio is great but you need to get out and meet other writers, network, and be part of a supportive community who are all working on similar goals! Being part of TAXI’s community will open your eyes to a whole new set of opportunities that you never thought was possible. Be open to it, try new things, follow your heart, learn some new skills, and just go for it!!

Thanks for taking the time to do this interview, Tamara! You’ve inspired me, and I’m sure many of our members will be inspired to reach higher and work hard when they read this.

Check out some of Tamara’s music here!