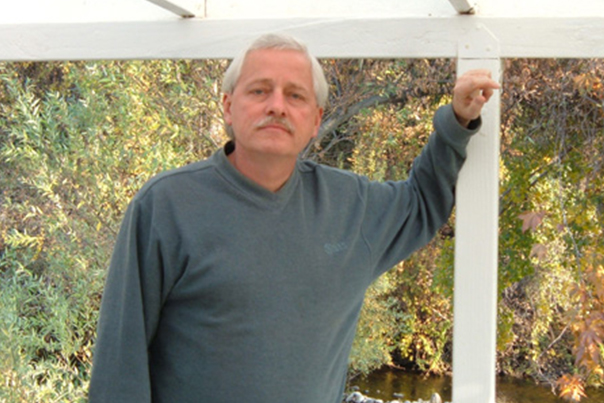 Editor’s Note: This is the third and final part of our interview with TAXI member Henry Winckel. If you haven’t read parts One and Two, go to the TAXI Transmitter archives for April and May. Henry dishes up a lot of great advice in all three parts!

Henry, can you please give our readers a list of things musicians could do to help themselves become successful more quickly?
I would say collaborate with other TAXI members, watch YouTube videos, watch TAXI TV, heed the advice given by TAXI’s screeners, READ — don’t scan — the TAXI listings, and participate in the TAXI forums.

In addition to getting your music forwarded to the listing companies by TAXI, collaborating with your fellow members is one of the best ways to get signed by a music library. I’ve gotten signed by four libraries because the person I was collaborating with was already in the library. Best of all, the people with whom I collaborate — Joe Gothard, Duane Tribune, Michael Turner, John du Pont, and Yo Paulie — have become friends.

Same goes for TAXI TV and the advice I get when your A&R people at TAXI give me feedback. In my first year, I had nine Forwards and 49 returns — because frankly, I sucked. I took a hard look at myself and decided I didn’t need to get better. I needed to get much better!

"As a musician, TAXI is there for two reasons: First, to connect you to people in the industry who are looking for music, and second, to help you get better at what you do."

So I set about educating myself.

Did I get better? Last year, my fifth with TAXI, I started getting regular placements on network and cable TV shows. I also ended up with 73 Forwards and 42 returns.
Although it’s certainly better than my first year, those 42 returns tell me there’s still plenty of room for improvement.

As a musician, TAXI is there for two reasons: First, to connect you to people in the industry who are looking for music, and second, to help you get better at what you do.

Any final thoughts, Henry?
I’d like to talk about why I’ve submitted so many tracks to TAXI listings, and also mention the huge mistake I initially made buying sample libraries, so others don’t make the same mistake.

As previously mentioned, I’ve submitted close to 800 tracks to TAXI listings in five-plus years. If submitting that many tracks seems over-the-top, it’s probably because it is! And I wouldn’t recommend that everyone take this approach.

But I look at it as an investment. Getting signed and placed is a numbers game. The more tracks you have out there via TAXI Forwards, the better your chances of getting signed or placed — because you know those tracks are well-mixed, musically sound, and in the hands of the person who requested the music.

As regards sample libraries, I have bought hundreds of them over the past five years.
If you’re doing instrumental music, having cutting edge electronic sounds or realistic orchestral samples is key. The mistake I made initially was paying full retail for them.
Sample libraries can be expensive. But the fact is, they all go on sale.

After the tears dried, I went to the sites of every company that makes sample libraries, and submitted my email address to subscribe to their newsletters. This lets me know when they’re offering a new product at an introductory price, or when they’re having a sale.

"Getting signed and placed is a numbers game. The more tracks you have out there via TAXI Forwards, the better your chances of getting signed or placed."

Last December, a friend of mine bought a sample library for $179. The week before, I bought the same library for $49 because I’d received an email from the company telling me about a two-day sale.

If someone is not as manic as me and doesn’t want to contact all the sample library companies, at least look into these three sites that offer huge sales opportunities:

When buying sample libraries, do your research. Go on YouTube and watch independent reviews or comparison videos featuring the product you’re interested in. And always read the comments below the video.

There are also sites like Sounds.com, which is affiliated with Native Instruments. For $10 per month, you can download 150 sounds per month. The advantage over buying an entire sample library is — when you buy a library, you’re inevitably going to find sounds you’ll use, and sounds you’ll never use. With Sounds.com, you can audition every sound and just pick the ones you want.

Every track of mine in a library is a result of TAXI.

Every TV placement is a result of TAXI.

The people I’m now collaborating with are a result of TAXI.

And if you fail at music —which you won’t — I’m pretty sure you could make it writing comedy, Henry! Thank you for doing this interview, thank you for giving some great advice, and thank you for showing other people — who aren’t 30 somethings — that age is irrelevant in creating music for media. You inspire me to keep making TAXI better and better.

How does the music industry work? Give me the high-level overview!
Read the article