As I read these posts on the TAXI Forum recently, I couldn’t help but wonder how many people who are still on the fence about joining TAXI might get some insight from reading these. I also wondered if any members who are frustrated by not finding success yet, might be inspired by the behind-the-scenes views these two current TAXI members give in their respective posts.

Both posts also tell a story we hear practically every day of the year: The TAXI Road Rally (our FREE for members convention) is yet another great way to meet industry people, sign deals, and get film and TV placements!

I’ve decided to print these without any edits, so the authenticity (and maybe a few typos) will shine through. I hope you find them as fascinating as I do!

"If I hadn't gone to the Rally I wouldn't be where I am today and it's a story I wanted to share with you all."John Lewitt 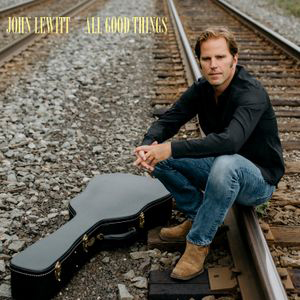 Success is something that can be measured in many ways. A lot of times people equate their success with TAXI as, “I got a Forward! I signed a song to a library! My song was just used in a TV show!” That’s great, but that’s not the only way TAXI can help you.

I went to my first Rally in 2013. At the time I think I’d had a couple Forwards and had signed one song to a library, though I could be wrong about the timing – it was a long time ago. After going to that Rally, I knew I would be back the next year. You see, TAXI gathers together a community of like-minded musicians and puts them in a situation where they can thrive – I think this is the best thing they do! I’ve learned so much at the Rally over the years about songwriting, gear, plugins, performing, mixing, mastering, and the ins and outs of the industry (basically anything anyone could want to know). This event alone is enough to join TAXI. But let’s talk about tangible success.

1) I have dozens and dozens of songs in a handful of music libraries that I consider my go to libraries, ones that I can pitch to and trust that they will then go out and try to get me placements (I have songs in many other libraries that I think are gathering dust, but you live and learn). And guess what? These libraries all go to the Rally, maybe not every year, but that is where I first heard about them and then met them. And when it came time to pitch to them. It was my TAXI Rally friends that pointed me in the right direction.

2) I have met many collaborators through the Rally and the Forum and have had several successes of varying levels with many of them. And regardless of the outcome of our labours I have usually come away with a new musical friend. My most successful collaboration has been with Jeff Allen. We’ve collaborated on so many songs that are now signed and out there working for us (one of our songs has been used 9 times in the past 5 months on the Y&R!). We also co-wrote and performed two songs on my most recent album and they have been getting some good airplay across Canada the past few months (the other day a station In Quebec played one of them 3 times in a day). Another successful collaboration I have is with Tom Hoy. We’ve written several songs together, signed a couple to a great library and one of those tunes is the most successful song on my current album. It’s in rotation on a bunch of radio stations and has been put on a bunch of cool Spotify playlists (as well as being my second most streamed song on Spotify, soon to be number one). Guess what? I wouldn’t know these guys if it weren’t for TAXI. And these are just two examples of many!

3) So if you’ve got this far you’ll realize that I am someone who licenses stuff to Film and TV while also releasing music under their own name. Back in the fall I released an album I was really proud of called ‘All Good Things’ (BTW check out the title track, that’s Richard Dance on lead guitar – if it weren’t for TAXI I would never have met this amazing guitarist). It was good enough that I wanted to promote it to the best of my efforts. That meant putting together a band to do so. So who did I ask? My Toronto TAXI Rally Friends! It’s a group of people who have all been to a Rally and we try and get together quarterly to discuss where we are at. So Bamtone became my drummer. You might know him from all of his vocal work, but he is an absolutely incredible drummer. Then David Hayes slotted in on bass duties - he’s a lead guitarist and did me the favour of switching over to bass! Earlier this month we played the legendary Horseshoe Tavern in Toronto (previous performers there include the Rolling Stones, The Police, The Talking Heads, The Tragically Hip, the list goes on and on). And guess what? I wouldn’t know these guys if it weren’t for TAXI.

4) Finally, I have made so many great friends who I’ve meet at the Rally. There are a bunch that I don’t collaborate with, but we share information and can ask each other’s opinions on songs, mixes and business decisions 365 days a year. And I truly look forward to seeing them at the Rally each year and catching up. This is a network of people that did not exist for me before joining TAXI.

If I hadn't gone to the Rally I wouldn't be where I am today and it's a story I wanted to share with you all.

"I've been doing this on top of holding down a day job that I work overtime every single week at. A job that is often physically exhausting. If I can do this, you definitely can too."Mark Himley 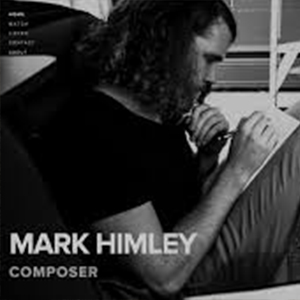 First off happy royalty payday to all my fellow BMI folks

This week also marks the end of my third year with TAXI, and things are really starting to take off. I always loved seeing people post about their journey when I first started and found it super inspiring, and I still do very much, so figured I would share a little bit of my journey in case this might do the same for some of you just starting out.

I don't have super specific numbers as I've shied away from tracking them so diligently, especially over the last year. I've been focusing more and more on daily habits and routines, not analyzing numbers so much and focusing on how far I still have to go, just taking it one day at a time. I find a lot more satisfaction focusing on the process of showing up every day rather than thinking where I need to be in x amount of years and all that. Don't get me wrong - I absolutely still have long term goals and am shooting to make the 5 year plan work, but I focus more on the daily habits that will get me there as opposed to spending all my time thinking about some point in the future. It's easy to take a day off when your goal is several years away. Not so easy when your goal is right now, on a daily basis.

Oh and something really cool that happened recently that I'm excited to share: I got a placement with the one and only Anna Yarbrough on The Ellen Show! Well sort of.. Ellen had Kris Jenner on the show, and as she introduced Kris, they played a clip from the Kardashians that happened to be a scene that used our cue, it was a good 30+ seconds if I remember correctly. So technically our music was on The Ellen Show, but it was via a clip of KUWTK (Keeping Up With The Kardashians). Not sure how that works in terms of royalties or if we'll even see anything, but it was still cool to find out that our music was on the show.

2016: Year one
0 libraries/publishers
0 placements
Did not attend the Road Rally, but spent tons of time on the forums, watched TAXI TV very regularly, and made connections in the TAXI community. Got lots of returns and failed fast and often.

2017: Year two
2 libraries/pubs
2 placements
Attended my first Road Rally and met many of the people that I had begun building relationships with, continued with forums+TAXI TV, made more connections and continued to grow relationships.

2018: Year three
7 libraries/pubs
Somewhere around 80 placements (that I know of, but very well may have more than this as this is just from Tunesat and placements I caught live on TV). Most are in US Reality shows, about 20-25ish were foreign placements consisting of ads, promos, and foreign reality shows.

Got my 1st Royalty Check
Attended my second Road Rally and continued with forums+TAXI TV+connections etc.
Started to somewhat regularly see my music in the reference folders for various briefs from publishers and shows.
------------

I know these numbers don't tell the whole story, but as you can see – things don't happen in a linear fashion at all with this stuff. It's definitely exponential growth. If it weren't for this community I very well may have given up after year 2 or earlier, or at least slowed down quite a bit. However SO many TAXI members and vets told me to keep going and that it would pay off. SO many vets gave me priceless advice and encouragement. So many times in TAXI TV episodes and here on the forums I kept getting the messages we all hear. It takes time. Write, submit, forget, repeat. Marathon not a sprint. Etc. etc. etc.

Also I want to stress the importance of the Road Rally – that was HUGE for me. Honestly it's too impactful to really get the point across in words. I kept reading how life changing it was, how great it was, this and that. I was like "yea, yea, yea..,” and "Oh yea? Standing in line for 8+ hours is fun? And it'll be life changing?.. puh-lease!!" LOL. I knew it was going to be great, but I thought some of the hype was, well, just hype. But you know what? It's all true, and so much more. Seriously. Go to the Road Rally.

None of this to boast. Heck there are many other members' annual updates with stats that are way more impressive than mine, and far more inspiring – that's not the point. Point is – trust the process. It WORKS. It can be super frustrating. It can feel like things aren't going to happen. Just keep doing the work and follow the path so many members have laid out. TAXI TV + Forums + Road Rally. Write, submit, forget, repeat. Do the work.

Lastly to emphasize my point: I've been doing this on top of holding down a day job that I work overtime every single week at. A job that is often physically exhausting. If I can do this, you definitely can too.