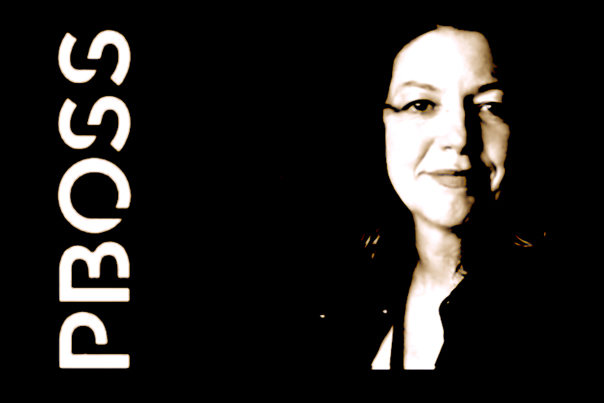 Where did you grow up?
I grew up primarily in Northern California. I was lucky enough to have parents who loved the outdoors. We backpacked all through the Sierras, year-after-year. When at home, the American River was a bike ride away and I spent a lot of time swimming, rafting, and pretending to be Huck Finn.

I did that Huck Finn thing on the Fox River in Illinois when I was a kid, and ended up in another county! My parents weren’t all that pleased. What did you want to be when you grew up?
A pianist, a veterinarian, a scientist, and finally, back to the pianist idea.

Do you come from a musical family?
Yes, my family is musical, from my nuclear family to my grandparents on both sides. I believe I’m the only one who pursued it professionally, though. I like to tell people who are watching football, that, “My dad played in the Rose Bowl.” Then I add, “…clarinet.”

Hey, that counts! What were your favorite artists or bands when you were in high school or college?
Bad Company, Neil Young, Crosby Stills Nash and Young, Led Zeppelin, Cat Stevens, Joni Mitchel were some early influences. Singing four-part harmonies with songs helped me to learn harmony. I never liked 80’s music except for punk, but loved 90’s music. Radiohead was the best 90’s band; Pearl Jam, Nirvana, Queen Latifah. I went on an exhaustive search for African music at one point. Oddly enough, when I was young I hated jazz, and then because I found that the jazz played in cool bookstores started to grow on me, I ended up getting a degree in it.

"My first breakthrough happened at my first Road Rally, where I learned two things: Get involved with the TAXI Forums, and second, write to the listings."

How did you get into playing music?
We always had a piano in the house. My uncle also played a 12-string guitar and let me borrow it. I played the guitar by ear, and I played the piano by ear, where my uncle would hold my harmonica up for me to blow, while I played the “Piano Man” on the piano. My mother tried to give me piano lessons, but unfortunately I perceived it as just another form of someone telling me what to do. I did absorb the one lesson she gave me, on major and minor triads.

What was your first instrument, and do you play others now?
First instrument was piano, and I always had a guitar from a pretty young age. I eventually got a degree in music, piano principle, and now own several guitars to record with. I have an African harp, a Chinese flute, and a rosewood tongue drum.

Very cool instrument! When did you first join TAXI, and what motivated you to do it?
Like many other TAXI members, I passed over the magazine ads for several years. I saw them in my college magazine, year-after-year. Then I saw a guy I knew in one of the ads about ten years ago. That was the catalyst. I joined right up, and attended a Rally (TAXI’s free convention for members) the very next year.

Were you skeptical at first?
I was only skeptical before I joined, but after I joined I knew I had to “get with the program.” Once I discovered that licensing music was a business model, and that it was possible to earn income this way, I was committed to making it happen no matter what, and no matter how long it took. I’m stubborn, and hearing that it was hard to do made it more interesting. 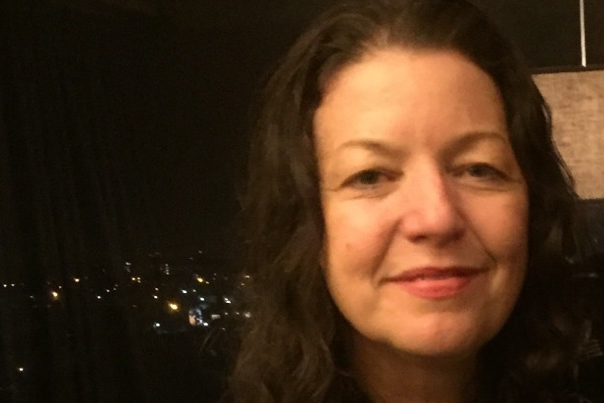 Patty Boss (far right) listening intently to a question from a bright, young audience member she inspired while on the Getting Comfortable with Production panel at TAXI’s Road Rally convention in 2016.

I love that attitude! When you first started your membership, did you make any of the rookie mistakes we often see, and if so, what were they?
I made every rookie mistake, I’m pretty sure. I did “hang back” and lurk on the TAXI Forums for a good year, learning all about music library deal terms, vocabulary, and how to review each other’s music tracks. After lurking, I joined and tried to participate, mostly in the “Peer to Peer” section. Every step of the way became a milestone for me to hit. The first milestone was to stop getting those reviews from TAXI’s A&R people that said my music was not “broadcast quality.” The next milestone to hit was to get my music forwarded by the A&R people. Then, getting a deal, and of course, a placement. I was not hard-and-fast with deadlines for each of those milestones, but I was focused on getting to the next.

Another rookie mistake is to think that the albums I had already completed were the gems, which would get me my first library deal. I, like most other newbie Rally attendees, thought that I would walk into the convention with the CD’s, play them for the panelists or a music library owner, and shebang, it’s a wrap! No, that didn’t happen. Similarly, it’s common to initially throw the same tracks at a bunch of different listings, without writing for the listings, and assuming they’ll just get forwarded. No, that’s not going happen, either! Well, my first submission was forwarded, then the next 65 or so were rejected. They were returned because I was not writing for the listings. My first breakthrough happened at my first Road Rally, where I learned two things: Get involved with the TAXI Forums, and second, write to the listings.

"The function of a cue is to be felt but not really heard, in many ways."

How many do you typically do in a given week?
1-3 a week, depending on what else is going on in my life.

Do you have a day job?
I have tech skills and have used this as a way to make significant money here and there as a contractor. This allowed me initially to build my studio, and ultimately to finance lots of time in the studio, just working on music full time. Although, over the past several years, the tech gigs have been more the exception than the rule. Currently I happen to be doing one for a major network, working on the streaming video side. It’s been a blessing in several ways. Also I have created a similar amount of tracks as when I had more time in the studio. The limited time forces a more focused use of studio time. The only thing I really have been lacking is the time to market the tracks I am making.

How do you find time to create music and have a life?
Choices, choices, choices. It depends upon what one considers to be “having a life.” My social interaction is thin. Though I would prefer to have more of it, having a thin social life leaves more time for music. My “children” are the creative products, not reproductions of my DNA, so that helps out on the bandwidth and financial obligations. I love kids, but prefer to “rent” them, and then return them when I’m done.

You crack me up, but I get it. My wife and I just became empty-nesters, and we’re realizing how much time we’ve got to do things we couldn’t get to when we were busy helping the kiddos with science fair projects. What else goes on in your life?
My spiritual life keeps my heart full, and the Internet keeps my mind full. The furry animals climbing around the studio and helping to lay down tracks offers a nice dose of studio company. Weekends, I get out and try to hook up with a friend, usually for a bike ride to the ocean or something like that. As soon as evening comes, I’m back in the studio, with no interruptions.

Do you have a primary genre that you prefer to work in?
My strength lies in tension cues, but I have placements in a variety of genres. At one point, I wanted to be a musicologist; writing in varied genres for media satisfies this need to analyze music. I also have placements with emotional guitar, tension, dubstep, triphop, trap, hip-hop, classical, corporate piano and strings, and other genres of cues. I really love making tracks which include the acoustic guitar, electric guitar, mandolin, Dobro, etc. Because my technique is limited on guitars, I’m forced to stick to a simple melody. And simple is better.

Simple is better – I completely agree – yet most folks don’t get that right-off-the-bat. Most people seem to start off thinking that being a brilliant composer means showing how complex a piece can be…
The “brilliant composer” thing hasn’t really come across my brain, well, definitely not after I started submitting tracks and realized I had some work to do. I love working on what the function of an instrumental cue is. I’m obsessed with the subliminal effects of underscore. I find the goal of making an effective cue absolutely compelling, interesting, and I’m obsessed with what this is, and how to make it. I don’t always succeed, but the more time spent in this area, the more times I can hit that mark. The function of a cue is to be felt but not really heard, in many ways. It’s exactly the same way one might seduce a person, through all of the sensory effects of music, lighting, scent, subliminal lyrics of a song, and also the effects of food and drink. These are all elements, which are not literal, but together cause an overall effect. With making a music track, my interest is in how to make something which has an effect, but the effect hits the listener before they realize they have been affected. It’s just an exercise in subliminal persuasion.

"You have to get it into your head that the music isn’t going to live on its own – it’s not supposed to. It’s just part of a story."

If you had to list three short “rules” for composing for TV, what would those be? My three rules are: Compose for TV, don’t compose while listening just to your own music track. Second, use mixing references and compare to see if your mix has the same EQ ranges and perceived volume and sound quality as the genre you’re going for. And third, you have to get it into your head that the music isn’t going to live on its own – it’s not supposed to. It’s just part of a story. When you realize this, and realize what that should sound like, not only will it be a relief, it should make creating the tracks a bit easier.

Don’t miss Part 2 of this interview in next month’s TAXI Transmitter!