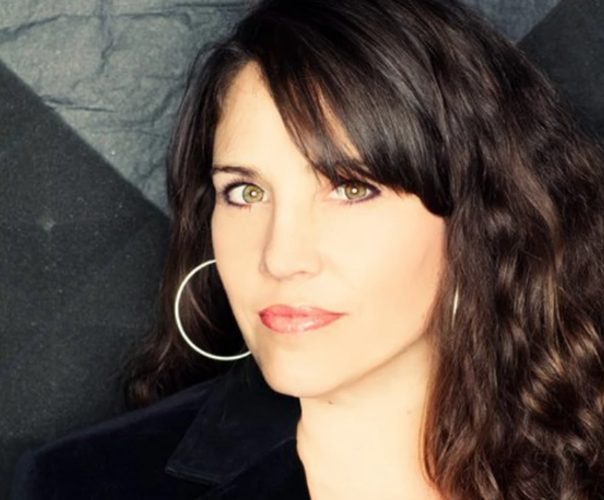 Editor’s Note: I was searching for a particular photo that a TAXI member had posted from the 2017 Road Rally. I couldn’t find the photo, but I did find this great article about last year’s Rally. As I read it, I could hear voices in my head saying, “That’s exactly the kind of stuff I wanted to know before I made up my mind about going this year or not.” I hope you find this helpful, and thanks Becky! -ed.

Don’t make albums. This is coming from the mouths of people in the industry; A&R, producers, songwriters, artists. Make singles. We are in a single driven market. If you think about it, this really frees you up. Instead of scraping up thousands and thousands of dollars to make a full album, you get to release a song at a time, enabling you to invest in your music gradually rather than all at once. Which means as you change and morph as an artist, you release music that changes and morphs with you. Halleluyerr!

Get used to rejection. If you don’t know the name Steve Dorff (TAXI’s Lifetime Achievement Award recipient, 2017), most likely you are familiar with a song or two of his. He’s had hundreds of his songs recorded by artists like Celine Dion, Barbra Streisand, Garth Brooks, and more. He’s been nominated for induction into the Songwriters Hall of Fame, as a matter of fact. And even though Barbra Streisand has already cut one of his songs before and he’s an established songwriter, she rejected a song he just recently pitched to her. Other mentors that are established and have mega credits have been told “no” far more times than they’ve been told “yes.” It’s the nature of the business. If you can’t get used to it and move on, then you might need to find a different career path.

TAXI is an incredible company. Now in business for 25 years, this was the 21st Road Rally. This was my fifth time attending; the first being about 10 years ago. I remember my first Road Rally and how wide-eyed and overwhelmed by all the stuff I didn’t know. I love going now and feeling like an old timer who is there more to learn very specific things, network and feel the support of the TAXI community. The Road Rally, hosted by TAXI is all about educating, enlightening and enabling artists, songwriters, musicians, producers and engineers. All of the mentors that come and donate their time and freely share their insight are real deal, legitimately successful industry professionals. 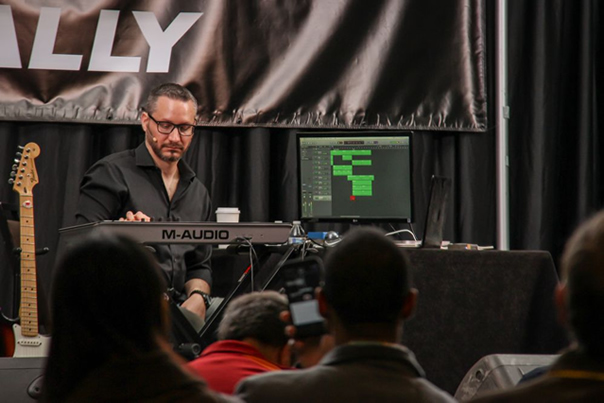 Doug Fenske (Director of Education, Crē•8 Music Academy) did a powerful session called, Transitioning to Contemporary to help musicians who feel they might be musically stuck in a past decade learn how to sound more current.

Be a nice person. If you are tempted to get angry, if you feel entitled or superior, if you want to muscle your way around in order to get industry professionals to pay attention to you, you will not survive. Your resentment will only increase which will make you feel justified in being angry and resentful which industry folks just won’t deal with. The industry pros need good music and want to find amazing talent. If you and your music are what they are looking for, they will snatch you up as quickly as possible ... unless you are an a**h***. They don’t have to deal with it so they won’t. So just be nice and respectful. And patient.

Be teachable. I met a guy at the Rally who said he had been a member for about a year. This was his first Rally. TAXI had never forwarded any of his music on to a client. I asked him what the TAXI screeners were saying about his music in the critiques they sometimes give. He said he hadn’t read any of them. WHAT?! Why?? I sort of understand not wanting to because it can be painful to hear someone’s feedback on your music (especially when you already know they rejected it) but...if you don’t listen you’ll never understand why it was rejected. Be willing to carefully listen to what industry pros tell you so that you can adapt, grow and learn. I also listened to quite a few “older guys” sitting in these classrooms who wanted to argue with the successful music professional in front of them. They want to hold on to old ways of thinking so desperately that they couldn’t recognize the irony of arguing with the person who obviously knows what they are talking about in that particular field ... that being said.... 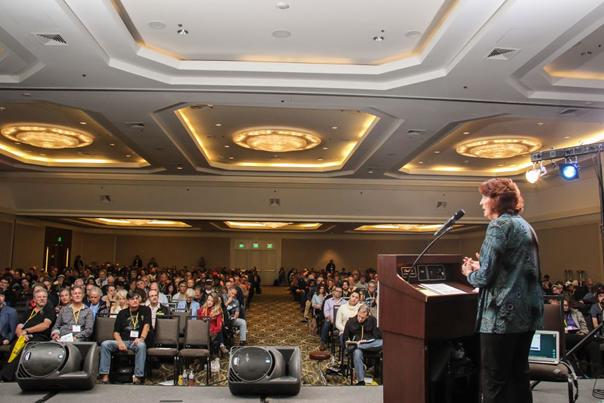 Robin Frederick packed the ballroom once again, and for good reason, her presentations are always super well-prepared, and incredibly informative!

Even some industry folks don’t fully understand music publishing. I heard a very successful manager and an equally successful music producer in two separate classes make statements about music publishing, an area they admittedly don’t work in very often, that were not completely true or confusingly half-true. Music publishing is weird and complicated but it’s something that you need to wrap your brain around. Be careful with it since, as I discovered, there are industry pros who don’t fully understand. Which leads me to...

Knowledge is your most important asset. That's it. Study and learn. Figure out what sources you can trust and what sources you shouldn't trust. It can be overwhelming but you just have to know as much as you can about the business side of things in order to keep you safe.

Your ears are your second most important asset. Sitting in a room with a few hundred people who are shocked when a modern day producer says they are not allowed to use their DAW’s stock instrument sounds was kind of hilarious. What was actually going on is that the shocked wanna-be producers couldn’t hear the difference between the stock sounds and the carefully sought out and selected and mixed/tweaked sounds. Learn to hear the detail in sounds, in effects, in vocal performance and in songwriting. The difference between good and great is not night and day. It’s going from 95% to 100% that can be the most subtle and most difficult but can yield the greatest payoff. Learn to hear the difference between 95% and 100%.

Understand empathy. If you understand the position that the “decision makers” and/or screeners are in then perhaps you’ll understand why they said no to your song. It might even help you write better songs, create better productions or just push yourself to be better in every way.

Never stop working at your craft. It’s easy to think that once you get “that big break” you have officially arrived and can now relax. Even producers who made hit records with the greats like Whitney Houston, Michael Jackson, and Christina Aguilera say that they still need to work to stay competitive and relevant. They still have to push themselves to stay on top of their game. Keep working toward improving yourself in all facets of your music career and your brand. Don’t settle for “good enough” or “my mom likes it.”

*This was not a solicited shout out to TAXI, by any means. I’m just a member who loves them and the community they provide for independent music entrepreneurs such as myself. Membership value comes from the Road Rally, in my opinion. -Becky