How to Write Music for Sync Licensing 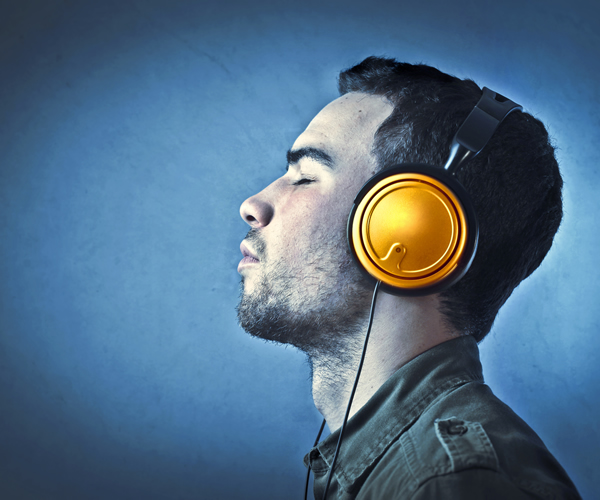 So many songwriters, artists, and composers are turning their attention to writing music for sync licensing for film, TV, and commercials these days, yet so few really understand some of the basic things that can make their music more usable.

It's a fact that music supervisors are much more interested in finding songs or instrumentals that are “usable” than they are in finding music that's merely great.

What makes one piece of music more usable than another? For film, TV, and commercial syncs, it's all about how well it works with the video or “picture.” More specifically, how well the music works in a scene!

Tip: Music is hardly ever the “star” of the scene. It's there to play a supporting role.

If a scene is somber, slower music that's a little darker with some minor chords will likely work better. Again, that's common sense, but overlooked all too often.

"Tip: Music is hardly ever the 'star' of the scene. It’s there to play a supporting role."

You can even take music that you've already created and see if you can match one of those moods to your music. Go a step further and give the list of moods to a family member or friend as he or she listens to each of your songs or instrumentals. If they can't pick a mood that describes each of your songs or instrumentals in less than 10 seconds, that piece of music might not be a great choice to pitch for film, TV, or commercial licensing!

It could be the greatest piece of music ever written, but it might not be right for sync licensing. A song that's less good might be perfect because it completely nails the mood and the emotion of a scene.

The energy of a scene will often determine the kind of music that's used. A melancholy scene would obviously use something slow. A happy scene would most likely use music that's up-tempo. An optimistic scene could start out feeling slow, then build to a faster feel as it become more and more optimistic. The tempo or meter could or should be the same from beginning to end, but adding eighth or sixteenth notes to the middle or end section could give it the feeling of being more up-tempo and optimistic.

If you watch a lot of TV, you'll probably notice that up-tempo, high energy music is used more often than low energy, down-tempo music. If I were personally going to create music that had a higher probability of getting licensed, I'd place my bets on up-tempo, high-energy, emotionally uplifting pieces rather than slow, sad music.

How to Write More Usable Lyrics

I'm certainly not a lyric teacher, but the general rule of thumb for writing lyrics that are more desirable-and used more often by music supervisors, is to keep them somewhat broad, general, and universal. Try to avoid using specific names, dates, times, places, brands, and profanity.

"If your music feels like it’s 'going somewhere,' it will often work better in a scene."

If your song has a lyric that says, “I loved Mary the moment our eyes met on that steaming hot, 4th of July night,” it's pretty obvious that song can't be used as easily as a lyric that simply describes how Mary made the song's creator feel!

“She makes me feel so alive,” could be used in almost any romantic scene. We've all felt “alive” upon meeting the love of our lives, and so will the characters in the film or TV episode. The audience knows how that feels as well... hopefully!

There are plenty of exceptions to this rule, but for simplicity and brevity's sake, I'm sticking with the basic here.

Building an Arc. Not That Kind of Ark!

Movies, TV shows, and commercials usually have an arc to their story. They have a begging, middle, and an end. Your music will be more usable if it has an arc as well!

Start out on the sparse, skinny side, quickly begin to build it up, then build to a crescendo and finish with a bang! If your music feels like it's “going somewhere,” it will often work better in a scene or commercial that needs to “go somewhere” as well! Does your music feel like it's moving forward, getting more interesting as it progresses, and has a feeling of finality at the end? Great, then it's probably more usable!

Selling Music Doesn't Mean You Have to Sell Out!

There aren't many hard, fast “rules” in music licensing, but there are “rules of thumb.” And like most rules, there are always exceptions. Go with the rules of thumb, and not the exceptions if you'd like to create music that's got a higher probability of getting used!

"Go where the 'market' is if you want to make some money with your music."

Go where the “market” is if you want to make some money with your music. Most people would like to, but some creative people don't want to, and I respect that. If you can create great art that also meets the needs of the industry, even better!

Remember; making money with your music sure beats digging ditches for a living. You can always create “usable” music from nine-to-five, and create the art that comes from your musical soul at night. Who says you can't have your cake and eat it too?

Michael Laskow has spent his entire adult life helping musicians earn income doing what they love. He's the founder and CEO of TAXI, the world's leading independent A&R company, and spends far too much time listening to music in TV shows, commercials, and films!

If you'd like to learn a lot more about writing songs with lyrics that work well for film, TV, and commercial sync licensing, click here to check out a book that Michael liked so much that he published it: Robin Frederick's Shortcuts to Songwriting for Film and TV. If you don't like it, send it back in re-sellable condition, and Michael will refund your purchase price!

How to Write Music for Sync Licensing
Read the article