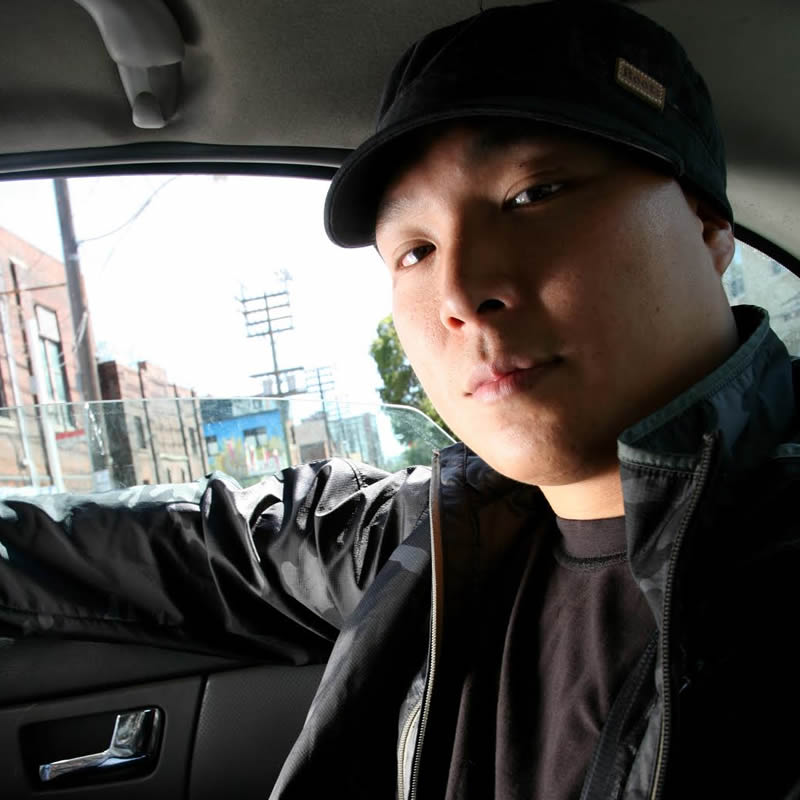 I’ve got a confession to make: I have a hard time telling the difference between a decent beat and a great beat. How does one go about learning how to tell what a really fresh beat sounds like? Is it the sounds? Is it the hi-hat? Help!
You’re on to it, by asking if it’s the hi-hat. The drum sounds and the way they are programmed can really make or break a Hip-Hop beat. The drums, the kick, snare, hi-hat, or any percussion; they have to sound “right.” A lot of great beats use really tight, punchy kicks and snare. But at the same time, great Hip-Hop beats can also be used with the right splashy snare or acoustic kick that rings out a little longer. But again, it has to sound right. Whether it’s on its own or through processing.

Just as important as the sounds is the programming. There are some basic rhythms to Hip-Hop beats that seem to be used over and over since the mid 1980s.  Of course, there have been variations of that rhythm, but the core structure of that rhythm has been pretty consistent. If I had to find a common thread between old and new Hip-Hop beats, it would be that their rhythms come from drum breaks that can be found on R&B records from the early ’70s. I think they’ve been imprinted into the DNA of Hip-Hop whether you’re talking about old school or contemporary Hip-Hop. Some examples of these songs are Synthetic Substitution by Melvin Bliss, Funky Drummer by James Brown, and It’s A New Day by Skull Snaps, and Impeach The President by The Honey Drippers (not to be confused with Robert Plant’s Honeydrippers). The way the drums sound and how they are played is quintessentially Hip-Hop. If you listen to the mood and vibe of these songs, the drums in particular, that’s the closest you can get to distilling the feeling of Hip-Hop down to its most raw and basic elements.

The only way you can get that feeling that the sounds and the programming are “right” is by listening to a lot of Hip-Hop music. I think that’s the case with any genre of music you’re new to. You don’t necessarily have to go back to the ’90s, but it’s important to have a sense of what’s driving both the Hip-Hop music scene at college radio as well as what’s charting on Billboard.

"If you want to make money with music licensing you have to separate yourself from your music and be open to create whatever the industry needs."
-Owen Chaim

When you put on your old school hat VS. your contemporary hat, do the beats change dramatically?
Yes, the production for old school tends to be a lot more layered in terms of drums and percussion. I program more processed acoustic drums with a few high-passed [using a high pass filter to let the top end come through] drum loops for their air and ambience as opposed to more electronic drums like the TR808 when I do contemporary. The part about the high-passed drum loops is that it’s funny adding those to a contemporary beat.  If I’m making something in the style of [producer] Metro Boomin (Drake, Future) and I add some high passed drum loops, it suddenly goes from sounding like DJ Shadow from 2016 to sounding like it was done in 1996 in an instant.

Contemporary beats tend to be more sparse percussion-wise, except the hi-hats. An instant injection of “contemporary” can be done by using a really tight electronic hi-hat and adding hi-hat rolls at 1/32 or 1/64 where you might have had an open hi-hat.

One common element in both old school and contemporary might be the use of the 808 bass, which is just the 808 kick drum with a long sustained tail. But the way they’re used is very different. In old school it’s usually used to accent the acoustic kick, compressed, but pretty dry otherwise.  To make it sound more contemporary, that same bass can be front and center, distorted and played up and down the keyboard jumping octaves and bending.

That’s great info! How about other sounds? What changes between the eras?
How the sounds changed really depended on which region you’re looking at.

In the late ’80’s to mid ’90s, you’d find simple synth patches used in the Hip-Hop coming out of the West coast. This was to due to the Funk influence, specifically from Parliament Funkadelic. There were a lot of whiney sawtooth [waveform] and sine [waveform] leads synths, and basses with LinnDrum kicks and claps. This would eventually be labelled as G-Funk. On the East coast, you have a shorter lifespan for synths in the same timeframe in what was called New Jack Swing, which was a hybrid of R&B and Hip-Hop at the time.

From the late ’90s to early 2000s, the East coast started using more synths, but in a less musically nuanced way than the West coast did before.

Man, I’m loving all this information… great stuff! Tell us about your home studio – what do you have in it?
Most of what I use is in the box, a PC with Cubase, Komplete Ultimate, Maschine, UAD plugins and a healthy collection of VST effects, synths and sample libraries and loops. In terms of hardware I have an old Echo LAYLA audio interface, a UA 6176 channel strip, Neuman TLM103 and Shure SM57 microphones, a Benchmark DA converter and a Roland Fantom X6 I use as a midi controller. I also have an Ensoniq EPS 16 sampling keyboard and an Akai MPC 60 from my artist days that I’ve been meaning to use to get a different sound but I just don’t have time to route and track them into Cubase.

What is some of your “go-to” software?
For the 808 bass I mentioned earlier, there is a Kontakt sample library that I use a lot called, 808 Warfare. It has some good clean and distorted 808 bass tones. I find only a few patches useful, but they are really good and use them all the time.

I use Native Instrument’s Massive a lot because not only have I invested in a big library of third party presets, but I find it very easy to make my own sounds from scratch if I have to, and even easier to edit presets. It’s a very powerful synth that’s not very difficult to learn how to program. I sometimes even make my own 808 basses in it if I can’t find the right patch in 808 Warfare.

For drum processing, I’ll put the UAD Neve 33609 on the kick and snare to really get the transient to punch through. To further process the kick, I like Waves Renaissance Bass.  It generates harmonic distortion on bass frequencies and gives the illusion of a beefier, thumpier kick without affecting headroom as much. I use this on bass as well if it works with the kick.

"An instant injection of “contemporary” can be done by using a really tight electronic hi-hat and adding hi-hat rolls at 1/32 or 1/64 where you might have had an open hi-hat."
-Owen Chaim

Our readers are going to love these tips, Owen! Do you ever use organic instruments?
I occasionally record some guitar parts if I need to. I have an Epiphone Les Paul Studio and an acoustic, but I’m by no means a guitar player. Usually I’ll play along with an audio loop or a Kontakt library that has loops that you can program chord progressions with to help it sound fuller and less programmed. In a situation when I can’t find the right loop, I’ll try to play it myself, but it usually requires a little editing. I’m awesome at editing.

What do you mix on, monitor-wise?
I use KRK Rokit 8s. I’ve had them for about 7-8 years now. I really only got them because they had a really good review in Sound On Sound magazine. I had been debating whether I should get the 5-inch or the 8-inch. The article mentioned that the bass response of the 8-inch monitors was enough that you don’t necessarily need a subwoofer, so I went for it.

I know that the KRK monitors get snubbed by gear elitists. They even mock that they are called “monitors.” But they’ve been doing just fine for me. I think using reference tracks and listening to music for enjoyment on your monitors plays a huge part in calibrating your ears to them. What’s also helped significantly is when I installed some acoustic treatment to the corners and ceiling.  The clarity in the mid and high frequencies really improved.

I hear a lot of Hip-Hop on reality TV shows that sounds pretty “cheap”… not all that authentic or sonically wonderful. Is the quality bar any lower for TV cues (especially reality TV) than where it would be set if you were going for a hit record?
I know what you mean by “cheap.” It’s a very quirky diversion from Hip-Hop, almost a Pop caricature of itself. It doesn’t sound like it takes much effort to make, but it just works for reality TV. Comparing that to a hit record is really apples to oranges, though.  The quality bar for a hit record is inherently higher because it’s a totally different goal.  You’re trying to reach and connect with millions of fans solely on the merits of the same piece of music and artist image for 2 to 3 minutes at a time.

"The Hip-Hop cues for those [reality] shows tend to be light hearted and quirky, just like the shows and characters themselves. Placing aggressive street focused Hip-Hop on the Kardashians would be really distracting."
-Owen Chaim

I was watching Noisey on Viceland last night, and they did an episode on the Miami Hip-Hop scene. Now that shizz was obviously “from the street,” and very authentic sounding. Yet, what I hear on the Kardashians (which I only watch for professional reasons, lol) doesn’t sound like that. Is that because the real deal wouldn’t play well with the demographic that watches that show and some other shows like it? Does reality show Hip-Hop need to be watered down?
I think the music for reality shows just need to be lighter, not so heavy and brooding.  You can equate that with watering it down, but it’s just the mood that works for reality shows. It extrapolates the emotions in the shows. The Hip-Hop cues for those shows tend to be light hearted and quirky, just like the shows and characters themselves. Placing aggressive street focused Hip-Hop on the Kardashians would be really distracting, unless there was maybe a scene where the Kardashians went to visit North Miami.

This is idea of watered down music meeting a lower quality bar than music that is true to the genre can be an issue for musicians starting out with writing music for TV. I know I had to reconcile what I felt was “selling out” at the time. But what I had to reconcile wasn’t with myself… I was open to and looking to trying new things musically. My conflict was with how this new music I was making would look to my peers who knew me as an indie underground artist for so many years.

Interesting perspective, and I can see how others would share it. Tell us more!
As a musician, there’s cultural value in artistic integrity, especially in the Hip-Hop community. So there’s understandably some hesitation when artists see opportunities to make some money writing music that is less than authentic. But it’s the nature of the business. If you want to make money with music licensing you have to separate yourself from your music and be open to create whatever the industry needs if you have the skill set to do it convincingly. If that’s what you want to do.

Read Part 3 in next month's Transmitter

Transforming Your Music Career in a Weekend
Read the article