Four Songwriting Myths That Can Hurt Your Career 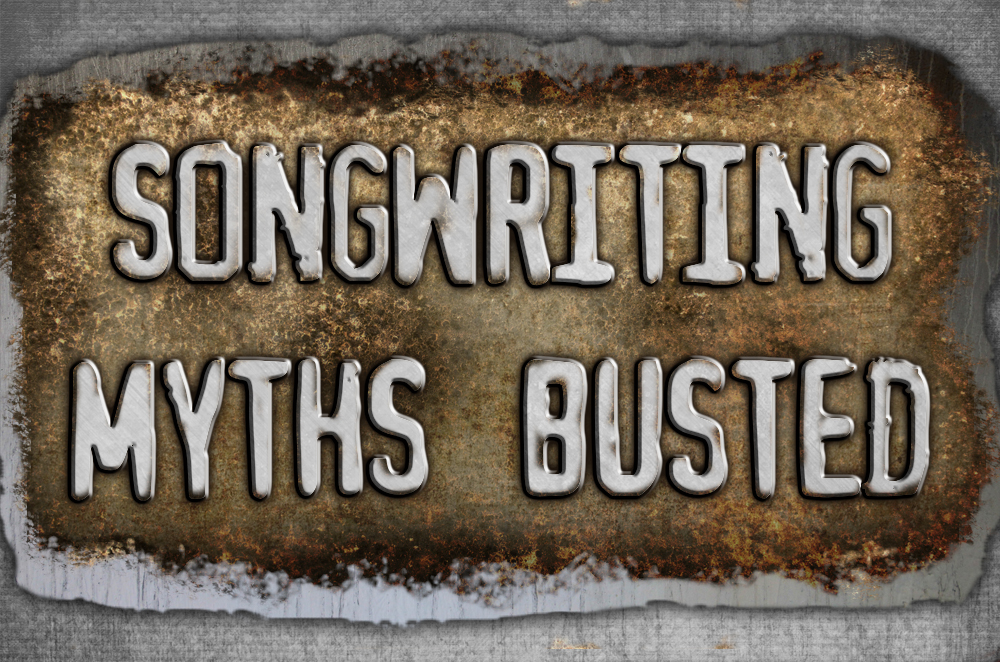 Myth: A widely held but false belief or idea.

#1 - I Can Write About Whatever I Want

Yes you can. You can write about any topic, feeling, or story you want. Nobody can stop you!

But, if you want to write a song that can get cut by another artist or become a hit for you, you’d be really smart to consider writing about things that your potential audience wants to hear about. If you write songs about stories or topics that are so personal that only you and the other person involved know what it’s about, the song will probably be an epic fail.

Humans are funny in that we really don’t care about somebody else’s life as much as we care about our own. We like songs that relate to our lives as well. Common, shared experiences create bonds and bring us together. Songs about things we can all relate to are songs with the highest potential for being hits.

Why do you think there are so many songs about love? We’ve all experienced the highs and the lows that come from falling in and out of love. We can all relate!

So yes, you can write about anything you choose, but you’ll increase your chances of being successful if you choose a relatable topic, idea, or story line.

Actually, you should use song craft every chance you get if you want to become successful. Avoid it at your own peril!

When you go out on date night and see a movie, don’t you “feel” when the plot is going to be revealed (usually, 15 minutes into the film, give or take)?

Don’t you get sucked in when the story’s details emerge? The more details you know, the more you become part of the on-screen experience.

If your head was nodding in agreement to those questions, you’ve got craft, or more specifically, the craft of good writing and storytelling to thank for that! Craft matters in songs as well!

Crafting a great melody, a great beat, and a great lyric are critical to your success as a songwriter.

Why not make songwriting easy on yourself? Song forms give you a structure to work within. And as I mentioned above, the most common forms give listeners a road map so they know when the next part will arrive.

Make your songs easier to “digest” so listeners like them, sing along with them, and most importantly, remember them! The most common song form goes by many names, but I’m going to make it easy for you and call it “Pop Form.”

More hit songs have used that form than any other, so why not start with what you know works? When you become a songwriting “genius,” you can take your chances and branch out into other forms. I think there are six in all, but if you’re not a hit songwriter yet, it’s probably a good idea to ignore the other five for the time being!

# 4 - I Hate Today’s Music. I can be Successful While Being Stylistically Stuck in the Past.

I understand. Music is art. It’s your art! You don’t want to chase trends that come and go, especially if the trend is something you don’t relate to.

Consider this: Music is like fashion. Styles change, and yes, everything old will probably become new again – at some point. But when will it change to what you’re doing, is the question?

If you want to make money with your music, you’ve got some choices:

Whatever elements you uncover that make modern songs sound contemporary, think about how you can either:

There is no shortage of great songwriting tips out there. Mixed in with tips from hit songwriters and some of the great songwriting teachers are these myths that seem to take on a life of their own because they are repeated so often. Just because somebody says it’s true, doesn’t mean that it is true!

Michael Laskow has been actively working in the music business for his entire adult life. He’s heard it all, and a lot of it just isn’t true!

Four Songwriting Myths That Can Hurt Your Career
Read the article