Start With What You Do Best, and Make Money Sooner! 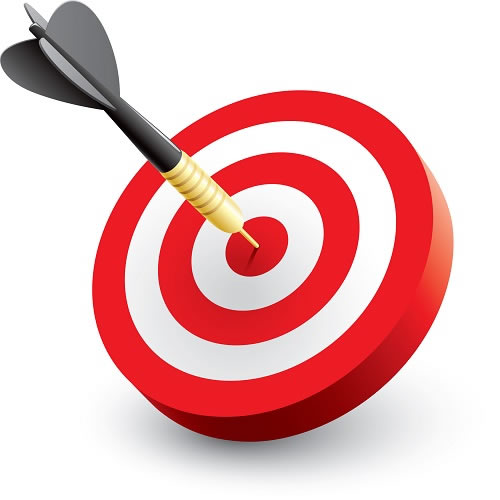 Dozens of people came up to me after my opening speech at this year’s Road Rally and told me they had been shooting for “targets” that were over their heads and getting nowhere fast. They were happy I reminded them to start with the basics and build a foundation doing what they do best!

It seems obvious, but it’s easily overlooked or forgotten.

If you answered, “yes” to some or all of those questions, then you’ve probably been missing out on hundreds of opportunities to earn income with your music by doing simple instrumental cues. You’re not going to become wealthy in the short term, but it’s a place to start.

For Most People, Just Getting Started is the Problem!
I know so many musicians who are likely to look at a TAXI Listing for a big orchestral cue and think, “It will be years before I’ll be good enough to pull that off,” and they become daunted by the mere thought. My opening speech at the Rally was intended to help them realize that they are perfectly capable of doing something, rather than being daunted by the prospect of doing nothing because they’re shooting for something beyond their reach.

Do What You Do Best, and Start Now!
Do you play piano? TAXI member Bob Mete has had four really great placements in the hit TV show Nashville with solo piano pieces like this one! Can’t you just imagine that piece playing in the background of a scene that takes place in a martini bar or fine dining restaurant? No doubt that Bob is talented as a player, but maybe more important is that he knows where his strength lies and he understands what TV shows need!

Then he gives it to them on a silver platter. Go Bob!

Do you know what else Bob does that’s brilliant? He named his track “Dry Martini,” which telegraphs what the piece might sound like to a music supervisor or editor who’s going down a list of possibilities. Smart, Bob! Where did you learn that? Could it have been from going to the TAXI Road Rally, or from watching TAXI TV?

Just in Case You Weren’t at the Road Rally...
I gave the following speech at the beginning of the Road Rally. Rather than writing it all over again, I’m going to give it to you here, exactly as I delivered it on Friday morning, November 6 at 9:10 a.m., in front of a standing-room-only ballroom of eager listeners. I truly believe what you are about to read could change your life if you actually do it! It’s up to you. Read on…

And that’s what’s going to help you get Ten Times More Placements with your music!

I need to do this in 5 minutes or less, so write fast!

Step 1: Figure out what you do best, and concentrate on doing ONLY that ONE THING to start out.

Step 2: Forget about writing songs… at least for now, and concentrate on doing just Instrumental Cues for the time being! Why?

In other words, Cues are just plain easier to make, and they take a lot less time to write and record!

For example’s sake, let’s assume that what you do best is play guitar and a few other stringed instruments like slide Dobro, Banjo, and Mandolin.

Let’s also assume that you’ve got a very modest home studio with nothing more than basic ProTools, a microphone and interface, a compressor plugin and some sort of reverb; but you know how to use that rig to get great sounds on your guitar and other stringed instruments.

Step 3: Make a list of genres you can do with nothing more than your guitar and those other stringed instruments.

Step 4: Make a list of TV shows that use that genre of music: Here are just a few that I found on Google!

Swamp People
Duck Dynasty
Mountain Men
Ice Road Truckers
Ax Men
Swamp Loggers
Swamp Pawn
The Legend of Shelby the Swamp Man
Swamp Wars
Swamp Murders
Swamp Man… you get the idea! That’s ELEVEN shows that use the kind of music YOU make, and I’m sure there are plenty more!

Step 5: Watch those shows! Watch several full episodes of EACH of them, and make notes about the types of scenes and the tempos and moods of the swampy music they use: Uplifting, sad, anticipatory, tension, suspense, traveling music, end of a long day music, and so on…

Step 6: Makes lists or spreadsheets of this information!

Become the master of the Swampy Cue!

Step 7: Assuming you have a day job, set aside 2 hours per weekday, and 10 hours over the weekend to write and record your swampy cues! That’s 20 hours a week, and if you want to be successful, that’s not a lot of time to invest in yourself!

Step 8: Every time you write and record a new Swampy Cue, ask yourself this when you’re done: “What else can I do with the same compliment of instruments and sounds?” You’ve already got them ready to go, so work smarter, not harder!

If you just did a slow, sad cue, why not do an up-tempo, happy cue right after it, using the same instruments, sounds, and settings with a new tempo, melody, and mood? Don’t make life harder than it has to be.

If you average 7 cues a week, you’ll have about 350 cues done by the end of the year! If just 250 of those cues get picked up by music libraries, you’re going to start getting a lot more placements than you’re getting now.

By the way, no single library is going to want 250 of your swampy cues, and you don’t want to be in just one library!! Spread your bets among as many good libraries as you can! Five in this one, three in that, and so on.

And for goodness sake: don’t fall in “Library Love” with the first company that signs you! I know we all just want to be loved, and it’s easy to feel like, “This guy GETS me, so he’s my publisher.” Polygamy is perfectly legal in the music library world!!! I recommend it, because when one library is hot, another might be cold… spread your bets!

So, to recap:
Figure out what you do best right now, start with that, do your homework, make a plan, and stick with it!

And for those of you who are going to walk up to me later and say, “But Michael, I write songs!” Yes you do, but now you now also create Instrumental Cues, and that’s the faster, easier route to making money with your music, and getting 10 times more placements!

Start With What You Do Best, and Make Money Sooner!
Read the article