The Easiest and Fastest Path to Success With Your Music 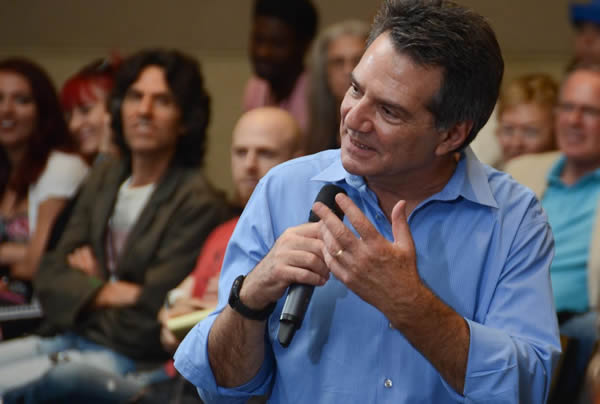 How long have you been making music? Ten years? Twenty years? Longer?

Grab a piece of paper and a pen. I’ll wait right here for you. Do you have it? Okay, let’s get started…

Write down one sentence that describes why you’re not successful after all these years. No cheating! Just one sentence, not a paragraph. Something like, “I haven’t been successful with my music because I always find excuses for not making the time to write and record it.”

How about this old chestnut? “I haven’t been successful with my music because I don’t like what’s on the radio these days.”

Or maybe this one, “I haven’t been successful with my music because I can’t do those big orchestral tracks.”

Is This Why You Haven’t Been Successful Yet?

The reason you probably haven’t been successful during all these years is you’ve picked a goal that was too hard to accomplish. “I want to write a #1 Country hit,” or “I want to score a blockbuster film.”

Yeah, those are cool goals, but they’re very, very lofty, and extremely hard to achieve. They not un-achievable, but they probably require more time and commitment than you’ve previously been able or willing to invest. And let’s face it; tigers don’t change their stripes!

Feeling daunted and overwhelmed makes it easier to rationalize doing nothing at all. The result is stagnation for years, if not decades!

A Change of Plan…

So, let’s set a realistic goal. Let’s approach the “music career salami” one slice at a time. It’s easier to digest that way, and success will be easier to achieve if you accomplish it in increments, rather than going for an all or nothing-at-all, zero sum game.

For example’s sake, let’s assume that you only play acoustic guitar, you can’t sing to save your life, you only have GarageBand or some other basic Digital Audio Workstation on your computer, and you have limited recording skills.

Let’s gowith Country as our example genre, and assume that you agree with me that after 25 years of writing Country songs with no cuts or hits, it might be time to throw in the towel. Not so fast!

What if I showed you how to do something in the Country genre that could earn you a little money to begin with and get your music heard by millions of people? Do I have your attention? 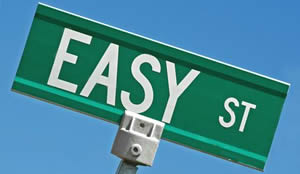 Grab your acoustic guitar, tune it to perfection, fire up GarageBand, ProTools, or whatever DAW you have, plug in a good but inexpensive microphone (a Gauge ECM 87 would be great for this, but you can even use a Shure SM 57), plug it into a decent home recording audio interface (here’s a list), turn up the input volume, place the mic about 6 inches from your guitar, pointing to where the neck meets the sound hole, set your virtual limiter/compressor to catch some peaks (but don’t set the threshold so low that your meters are kicking too hard and your guitar sounds squished), and make sure your input or recording levels aren’t going into the yellow or red, and bammo!

Set a click to mid-tempo, roll off (that means subtract) 2 db at 400hz, and maybe add 2 db at 8kHz, and strum that sucker! Sounds pretty good, huh? Hit record, let four beats play as your count off, and then lay down nothing but 90 seconds of open chord, 4/4, G-C-D, 1-4-5 strums. Find a nice groove, and just repeat that for the full 90 seconds and resolve your last chord to the G at the ending and let it ring out until it’s totally gone, then stop the recording.

Go to the top and overdub a second acoustic guitar playing nothing but whole note bar chords (G-C-D) on just the “one” or downbeats, also for the full 90 seconds. Play the guitars back panned opposite of each other, and you’ve got a very basic Country instrumental cue.  If you’re good at finger-picking, you could also make the second guitar a simple finger-picked pattern instead of strums.

Record a third track, and this time add a Dobro or slide acoustic guitar doing some simple, melodic, Country or swampy sounding melody lines. Nothing fancy, keep it really simple! You don’t need that melody playing constantly. Think of it as something more like tasty little fills. Add a little touch of reverb to that track, and pan it down the middle. Play the whole thing from the top and get a nice balance among the three instruments, check to make sure your mix buss (the stereo output) meters aren’t too hot (slightly tipping into the yellow is good), and you’re good to go!

When your track gets to the end and all the instruments have rung all the way out, pull the master fader all the way down, and you’ve got yourself a mix of very basic Country instrumental cue!

By the way, this is not the only way to record the cue. What I just gave you is a very basic starting point, and other people might have different ways of doing it. But, don’t get hung up on the gear or the recording. Just do it… just get started!

How Quickly Does the Money Roll In?

Sure, this is very, very basic, and there are many different ways to record a track like this, but the prescription I just gave you serves to make this point: You could watch episodes of several current reality shows like Swamp People or Duck Dynasty and hear cues like that all the time! And while you won’t get rich quickly from licensing instrumental cues, you can get paid for doing something you love, millions of people of people will hear your music, and you’ll be starting down the path of success!

The first slice of the “salami.”

I think you could do a few cues a day with a little practice. Start out using the same instruments, mics and settings, and record cues that are at different tempos, using different yet simple chord progressions, and creating different moods.

“Feeling daunted and overwhelmed makes it easier to rationalize doing nothing at all.”

Speaking of moods, watch some episodes of shows that could use your cues, and make a list of the type of scenes or transitions that use simple, basic acoustic-based cues, and what the different tempos and moods are that they might need. It will help you stay focused, give you purpose, and eliminate the “waiting for the muse to come” syndrome.

Identify a need, and create with a plan and a purpose! I think you’ll be shocked at how quickly you’ll become productive you’ll become, even if you only have a couple hours per evening to dedicate to your music.

Small Success is Better Than No Success

It’s pretty darn easy, it’s pretty darn fast, and it’s an early form of success that will get you on the path of learning how to be more than a one-trick-pony that only does acoustic, Country instrumental cues. Move on to ukulele and a cajon. Try a guitanjo (or a real banjo) and an acoustic guitar. Try everything that you can handle right now, build confidence, and over time you’ll be inspired to take on new challenges.

Eventually, you’ll grow into doing all kinds of things that were daunting or felt impossible before. Things that made success feel like it was out of reach. Reach for what you can grab, and in no time at all, your arms will grow longer!

If you make a schedule and block out time to create new cues every day, at some point on the horizon you’ll have dozens, if not hundreds, of cues recorded. Get them signed by music libraries, and be relentless about creating more cues every day!

Do you have to give up writing the songs the Muse brings you? Hell no! The cues are your day job, and your songs from the heart are your icing on the cake! They’re not mutually exclusive.

Hang out on the TAXI Forum and ask for opinions and suggestions in the Peer-to-Peer section. Virtually all of our successful members have done it, and they give tons of credit to their Forum friends for their success.

There you have it – a faster and easier way to become successful with your music. And now you have no excuse for staying stuck in that rut you’ve been in for far too long. Get busy and good luck!

About the author: Michael Laskow has been motivating musicians and teaching them how to become successful for 23 years. Those who have listened and acted have become successful. Some are making six-figure income with nothing but their music!