Frustrated With TAXI? Here's How to Solve That Problem 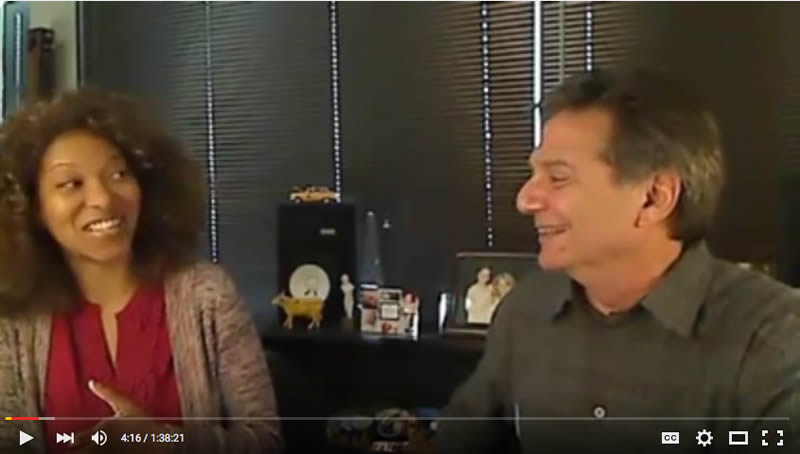 There seems to be two kinds of TAXI members: Those who are happy, and those who are frustrated.

Both types of members are using the exact same service, often pitching to the same opportunities, and getting their music heard by the same members of TAXI's A&R team. So what's the difference? Why do some members find success and others don't?

If the company itself, the listings, and the A&R team are constants – they're the same for all members. The variables are the listings they pitch to and the music they pitch. Both of those variables can be improved upon, and they frequently result in turning frustrated members into happy members.

Happy members are what we strive for, and these are the things that happy members all do, that most frustrated members don't:

Re-Read the Critiques When You Cool Down

Even though it hurts when you get a critique back that tells you your music wasn't forwarded, there is bound to be some great, actionable advice from the screener. It's often hard to “hear” it when you first read the feedback and feel the disappointment.

Wait a week and read the feedback again! We've heard that advice from successful members for the last 24 years. They can't all be wrong!

Some members have told us that asking a friend or relative to look at the feedback while listening to the song or track often yields a little more objective perspective and comments like, “Maybe you should try adding extra instruments in the chorus section, honey.”

Use The Peer-to-Peer Section of the TAXI Forum 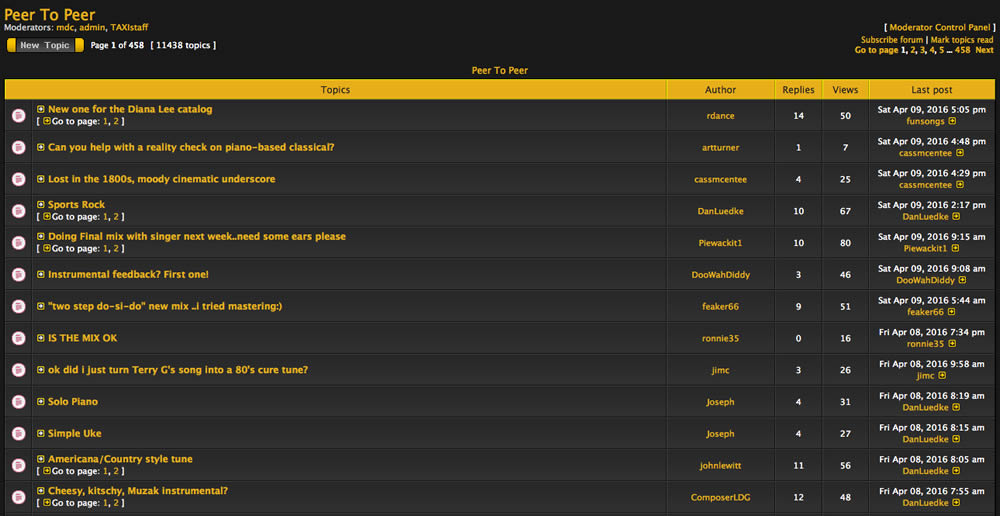 There's no question that getting feedback from fellow members while you're working on a song or wondering if it's the right thing to submit for a particular listing works wonders! Nearly all of our successful members will tell you that!

If you're worried about being embarrassed, don't be! The people on our Forum are incredibly nice… it's more like a family, and the forum isn't “clique-y” like so many other forums found online. Our members insist that it's the most helpful forum they've ever been part of.

Use Peer-to-Peer to get the help you need to take a good song and make it great, and once you're happy with it, then use Peer-to-Peer again to ask your fellow members if the song is the right thing to pitch for a particular listing. Simply post the verbiage from the listing and a link to your song. The wisdom of the crowd will help you get better and pitch better more than you could ever imagine!

If you're not watching our weekly episodes of TAXI TV, then you're squandering an incredible opportunity to learn what you need to know to succeed with TAXI and the music industry in general. Our loyal viewers swear by the show, and we have little doubt that you'll be hooked once you watch an episode or two.

If you don't have time to watch the live episodes (which are great because you can ask questions in real time!), at least make the time to watch the archived version. At the very least, if you commute to work, you can pull the episode up and listen to the audio while you're driving!

We have episodes during which we play music that was forwarded for some of the listings, and music that wasn't! If you want the proverbial “light” to go on, it will when you hear what worked and what didn't. Where else can you get that kind of real-world education?

Speaking of hearing what worked… many of our members tell us they also use the Forwards section of our Forum to hear what got forwarded for the listings they didn't. Many of your fellow members will proudly post what made it through the gauntlet on the forum, and once again, hearing what worked is the greatest education of all.

Click here to see all the episodes of TAXI TV!

Use TAXI to Meet Collaborators!

Two heads are often better than one, and TAXI gives you three great ways to meet collaborators from all over the world! Nearly all of our successful members regularly use collaborators. There's no question that one person's weakness may be the other's strength.

If you're great at laying down tracks, but not so hot in the lyric department, use a collaborator! If you're great at writing songs, but not a great singer, find a vocalist to work with! If your music is a little dated and you'd like to write with somebody who's younger and more in tune with producing tracks that sound contemporary, use a collaborator!

And where can you meet the nicest, most helpful bunch of talented collaborators who can help you become successful more quickly? The TAXI forum, the live chat room during the TAXI TV episodes, and of course, at our FREE convention, the TAXI Road Rally.

TAXI's FREE convention – the Road Rally – is three and half magical days that take place during the first week of November each year in Los Angeles.

“Los Angeles,” you proclaim. “I don't want to buy a plane ticket and pay for a hotel room.” Start saving now, because you really don't want to miss what attendees say is the best convention of its kind anywhere on the planet. Here's what our members say about the Rally!

“Even if you suck at schmoozing you'd still get a ton out of the Rally. I honestly believe if everybody knew what they were missing by not attending the Rally, they would start saving up TODAY for next year.” -Matt Hirt

“What a great convention. This was my first year, and I could not get over the fact that it's FREE! I cannot figure out why TAXI's not charging $400-$500 for something of that caliber.” -Kerry Cox

“I flew 15 hours from São Paulo to LA just for that. And I can tell you: it was one of the best experiences in my life!” -Rogerio Maudonnet

“I would pose this question to anyone who could, but didn't come. Are you serious about music?” -Terry Anthony

“It still amazes me more people don't take advantage of this opportunity! At first I didn't think I could afford to go. After thinking it through, I realized I couldn't afford NOT to go.” -Craig Larson

“I was told the Road Rally alone would be worth the cost of joining TAXI and it is true. My guest could not believe that all that great stuff that was happening at no cost. He said he would expect the tickets to be at least $500 apiece for any other event of this kind, not that there is one. Thanks again, truly a life-altering event.” -LJ

You get TWO FREE tickets to the Road Rally with your TAXI membership. Just one ticket to other conventions cost at least $350 each! Click here to see last year's panels, classes and events!

If you've been frustrated, then just do what virtually all of our most successful members do, all of the above! It's a tried-and-true formula that has worked for the last 24 years, and there's little doubt that it will work for you too.

But you have to actually do these things! Procrastination is the enemy, not TAXI's A&R team. They would much rather forward your music, and when they do, eventually deals will be offered, contracts signed, and your music will begin to earn income for you. If that's why you signed up for TAXI, then take advantage of all the free benefits you get by belonging to our one-of-a-kind community, and your dreams could very well come true like they have for these people!

Frustrated With TAXI? Here's How to Solve That Problem
Read the article