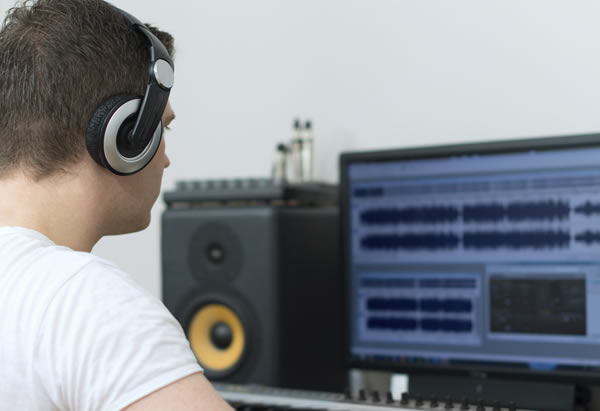 “I’ve got a great song you should use in your show!” might be the worst “pickup line” ever, when trying to get a music supervisor’s attention.

I’ve personally heard several supervisors rail against not only the phrase, but what they perceive as the lack of thought behind it! As a fairly concrete rule of thumb, music supervisors do not choose music for a scene because it’s simply “great.”

So, if they don’t chose a song or instrumental because it’s simply great, how do they choose what they use? Here are some things music supervisors consider when choosing music.

The music creates a mood or amplifies an emotion.

You could have the most awesome Dance/Pop song or instrumental of all time, but if the scene the supervisor needs music for is somber and serious, an uptempo Dance/Pop track just won’t work.

Obviously, the converse is true as well: an introspective Singer/Songwriter song wouldn’t fit well in a party scene. There was a scene in Animal House that proved that! Remember when John Belushi grabbed the guitar from singer/songwriter Stephen Bishop and smashed it? It was probably because the song wasn’t adding to the party atmosphere.

Give a supervisor a Dance/Pop song about having a great time and it might work really well for a party scene. If the lyric is about partying all night or going out to have a great time, even better.

If you’ve got a Singer/Songwriter song about coping with loss, that could be used in a somber scene as the characters leave a funeral, or somebody laments the end of a relationship.

The music establishes a time or era.

If the opening shot of a film takes place in the 1950s, it wouldn’t make sense to play a Dubstep song (circa 2012) as the picture fades in. That would be downright confusing! If you used something that sounded like a ’50s Pop song, the audience would intuitively know what the era is, because nearly everybody knows what music from that time period sounds like.

The music establishes a place.

Similarly to establishing a time period, music can also serve to tell an audience where the scene is taking place.

If we take it a step farther, the supervisor could use a vintage, 1960’s era Country song. As the camera pulls back and reveals an old-timey recording studio, the film has used music and picture to establish a time and place in a matter of seconds. Two senses – in this case, sight and sound – are better than just one!

Again, just having a great song in no particular genre doesn’t get you very close in having the music supervisor choose your song.

When you saw the word tempo, you already knew where I was going to go next, right? Yay! We’re making great progress!

Common sense tells us that a music supervisor is likely to choose a slow song for a depressing moment like the aforementioned funeral scene. He or she is also likely to choose an uptempo song or instrumental for a party scene.

If you happen to have the opportunity to pitch material directly to a music supervisor, you’d be served well by knowing in advance what type of TV show or film they’re working on. If you’re really good at sleuthing, you could even dig up specific information about the story line and having the right thing “in your pocket” could be the difference between blowing the opportunity and hitting a home run!

Once again, doing a little advance work can go a long way in hitting the nail on the head. If you find out that a music supervisor is working on a film about a soldier returning from the war in Afghanistan, pitching a song with lyrics about “coming home” could work very nicely!

Having a song with lyrics that are about coming home in a general way is even better! If your lyric is too specific and gets into details about the town, it might not work because it could conflict with the story line. A soldier coming home to a farm town would be seeing and experiencing different things than a solider coming home to a major urban center. A universal lyric that could work well for either scenario is usually a better bet than one that talks about wheat fields or urban decay.

The music’s momentum and arc.

While this could apply to both songs and instrumentals, momentum and arc might be somewhat more important for instrumentals than songs, in my humble opinion.

Imagine a scene in a reality show in which one of the characters is searching for lost car keys in his or her Beverly Hills mansion. Tension will build until the keys are found. The character could be come more frantic as the scene progresses, and music that supports that would make a supervisor happy.

If your music solves a problem by establishing a time or place, amplifying an emotion or mood, or creating momentum, it’s much more likely to appeal to a music supervisor than music that’s just “great.” It would be an extremely rare, if not a non-existent circumstance when a supervisor might hear a piece of music and love it so much that he or she would place it in a scene that it wouldn’t work well in.

In the end, all music supervisors have bosses they have to please. Producers and directors hire the supes, and they can fire them if they’re not helping to tell the story they want to tell. You can help music supervisors choose your music by understanding what they need, when they need it, and how your music can help them tell the story his or her boss is trying to tell.