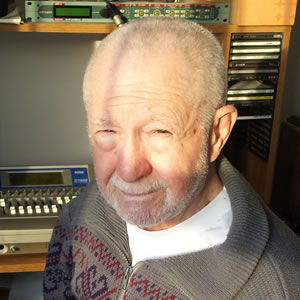 As we were going to print with last month’s Passenger Profile of 92-year-old TAXI member Peter Sivo, Sr., we heard about two more placements of his music. While those placements would get mentioned in our Member Deals section, they piqued our interest: How many other placements had the humble Mr. Sivo not mentioned in last month’s interview?

As it turns out, quite a few!

Peter has had a bunch of great placements in really big hit TV shows, and some feature films as well. And they’re beginning to happen more and more frequently. Peter Sivo is fast becoming a “rock star!”

We think the list that follows would get any songwriter or composer of any age excited. For a 92-year-old gentleman who has patiently waited for 70 years to have his music heard by millions of people, we think it’s nothing short of extraordinary!

Here is a list of placements we found by digging deeper. There might be even more placements that we missed. We also have little doubt that the incredible Mr. Sivo has even more cool placements of his very special music on the near horizon.

See last month’s interview (in full) immediately following this updated list. Congratulations again Peter. All of us at TAXI are so proud of you, and truly grateful that we got to play a role in making your lifelong dream come true!

Tell us about some of those placements.
First of all, let me say up front so you can better understand that my music was just a hobby for me. I never had to buy food or pay any bills from my music earnings. I’ve had a successful career in industrial management.

My relatives and friends all told me how good my music was, but I would say their opinions were too kind. I needed to know if my music was really professional, and then along came your great idea, TAXI – to have songs screened by knowledgeable experts. Wow, just what I needed! So I jumped on board!

Editor’s note: Here’s an excerpt from a Member Deals email we sent out in January of 2014, that gives even more information on another one of Peter’s placements!
“Back in August, 2013, the CEO of a Music Library that got Peter's music through a TAXI listing, entered into a $12,500 contract for his back catalog! Since then, the Library has placed Peter’s song “Come My Love” on the A&E network's Hit TV Show Bates Motel in Episode 206, which is scheduled to air sometime in Spring 2014!

Here are a couple of Peter’s TV placements: